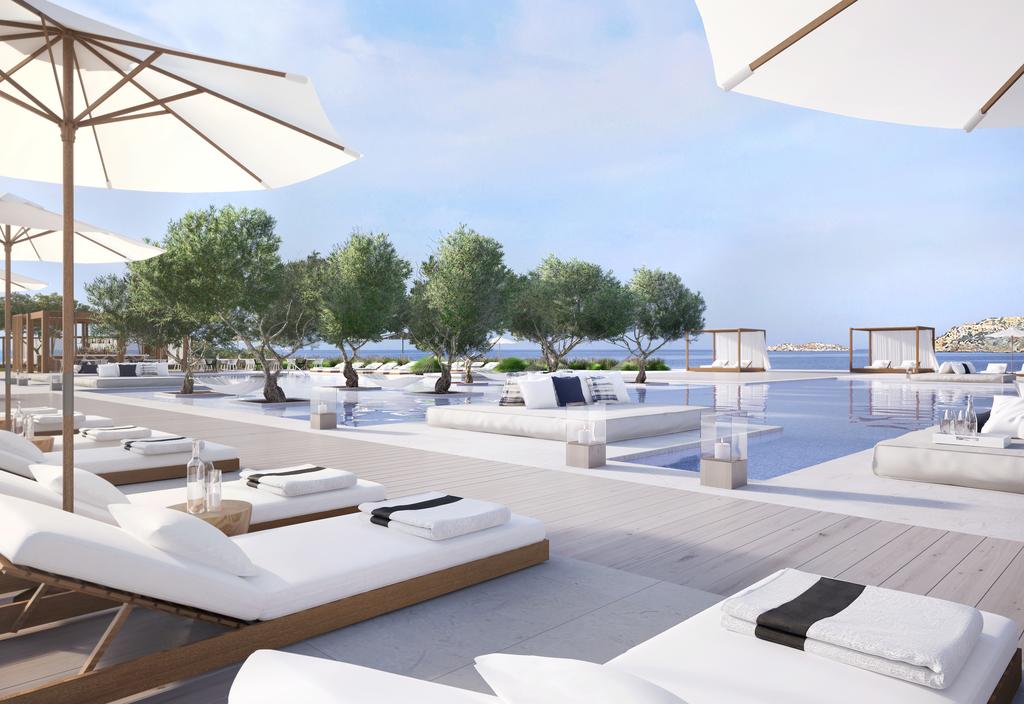 At the end of March the international luxury hotel chain opened it’s doors to the Four Seasons Astir Palace Hotel Athens. Four Seasons currently operate 112 hotels and resorts in 48 countries globally. That’s not to mention the 50 more projects still in the pipeline. The hotel has a prime location on the Athenian riviera, only 30 minutes from the city, airport and famous Acropolis site.

Set across 74 acres of a pine-clad coastline, the Four Seasons Astir Palace comes with three private beaches. Other features include basketball court, 5 tennis courts, 3 pools as well as a spa inspired by ancient Greek traditions. Watersports are also available.

Rooms and suites are separated between two buildings. ‘Arion’ is set among modernist architecture and interiors, alongside four of the restaurants and lounges, indoor pool and spa. At ‘Nafsika’ some of the suites include private pools. Here you can also find two more restaurants, the Avra lounge, fitness centre and high-end boutiques.

The final option in accommodation at the Four Seasons Astir Palace are The Bungalows. 61 renovated bungalows neatly nestle into the beach side among the pine trees, with sea view terraces.

For business travelers, the hotel boasts 3 ballrooms as well as 7 function rooms, hosting from 12 to 550 guests. All conference or event spaces are in the two main buildings, just a 3 minute walk apart. The hotel even benefits from a helipad, if that’s your transportation of choice.

We reduced Creative Resins Distributions travel spend by 16% in 2016

Creative Resins has been at the forefront of decorative glass technology for over 30 years. When Louise contacted us to help with a trip to Oman, we discovered that the company had been using a particular airline’s website to book direct, paying in excess of £5,000 per trip in Business Class. Using our negotiated fares on this one flight YourTravel saved them £1,221. Upon further investigation and a year’s great relationship, we reduced our client’s travel spend by 16% whilst providing a high level of service.