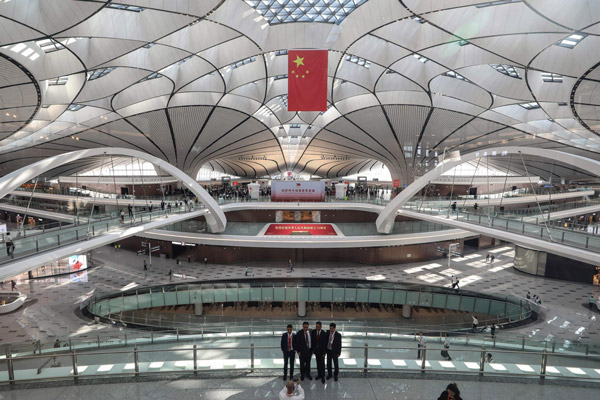 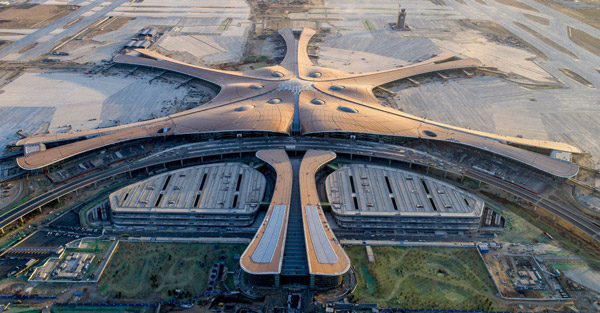 Following an opening ceremony on the 25th, the Beijing Daxing Airport opened to the public on Thursday the 26th September. Daxing is the second international airport in the city of Beijing. The airport was designed to ease pressure from the rapidly overcrowded Beijing Capital International Airport. Beijing Daxing Airport is the largest single terminal airport in the world. The design is by the late, world famous architect Zaha Hadid, costing $63 billion and taking almost five years to complete. 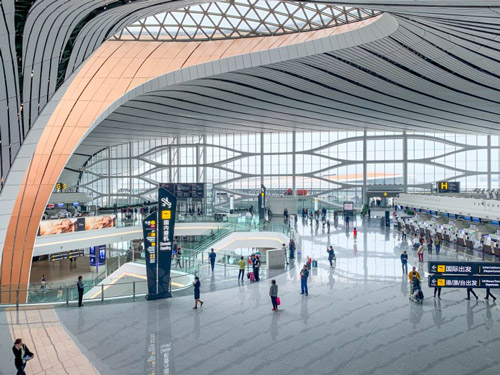 The new airport spans 18 square miles. Despite it’s size, the unique starfish design means every single gate is reachable within an 8 minute walk. Other ways that the airport aims to reduce queues and walking distances is with shorter lengths to check-in and security, as well as using fast, facial recognition technology. The high-tech airport does away with any need for paper boarding passes with more than 400 self-service check-in kiosks. These smart security channels are able to handle 260 travellers per hour, a 40% faster method than traditional kiosks. In the near future, the airport aims to reduce average parking times with robots and smart parking systems.

The design of the airport means a dramatically reduced need for artificial lighting, with massive ceiling openings allowing floods of natural light in. Beijing Daxing Airport tries to be environmentally friendly with an air-conditioning system that runs on geothermal heat. Additionally, there are free water dispensers almost everywhere. You may even find it difficult to find anywhere to purchase bottled water! One thing to note is that water dispenser only offer warm or boiling water. Chinese medicine suggests cold water is harmful for the body.

Airlines to and from Daxing Airport

British Airways have confirmed that their whole mainland operation will be moved to Beijing Daxing Airport. Airlines such as Ethiopian Airlines, Polish Airlines, Malaysia Airlines, Royal Air Maroc and Finnair will operate at both Beijing airports.

Travel to Beijing for business, or need help moving staff in, around and out of the city?

Find out more about our business travel management service or call us today for a friendly chat about your business and travel requirements. Alternatively, fill out this form for a fast, free, no-obligation quote on your next travels.

Very pleasant experience every time when I need assistance with travel planning or booking. Richard, our main contact, but also all his colleagues are extremely friendly, dedicated, knowledgeable and equipped with a broad range of experience in the travel sector. Very responsive, never annoyed regardless what changes we need to make.
Trustpilot